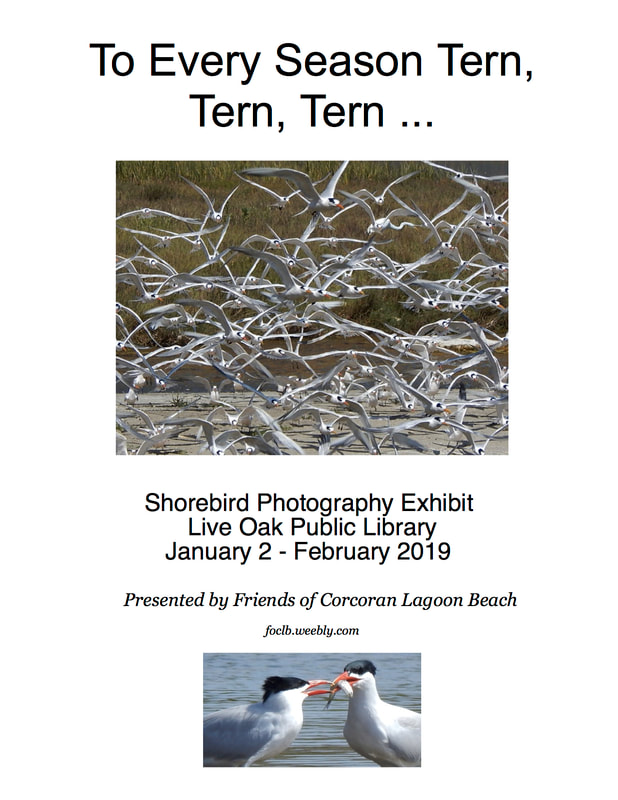 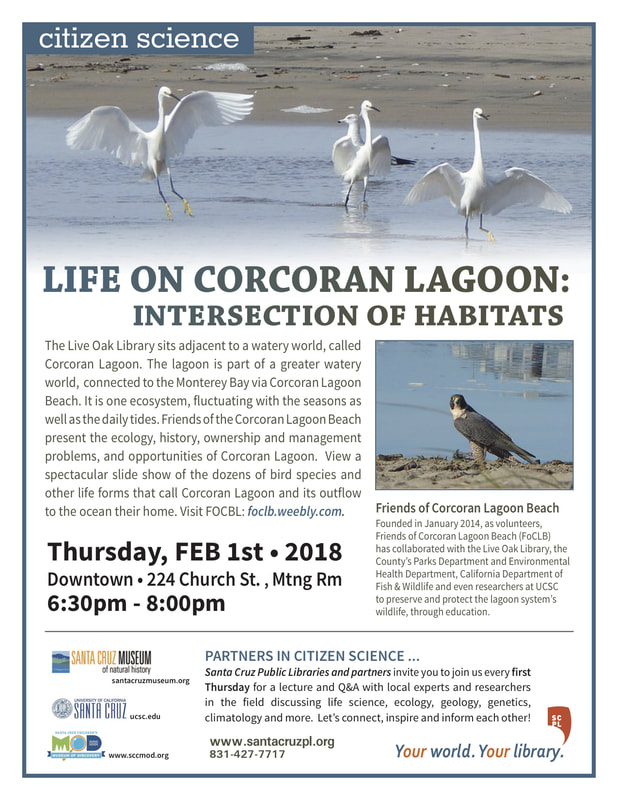 Baby Sea Lion Rescued
Report from a member of Friends of Corcoran Lagoon Beach
January 19, 2018
At 10:00 this morning, I discovered a young sea lion struggling in the the logs that were being washed around in the lagoon outflow near the shoreline. It struggled up onto the main beach at Corcoran, but when it saw humans approaching, returned to the outflow. At this point the tide was coming in and made exit to the ocean difficult for the tired sea lion. It made two attempts to swim back out to sea, but got swept back in each time. Then it struggled up onto the beach again.

A surfer with his two unleashed dogs was walking toward the sea lion. I was able to get his attention --  I was on the other bank of the outflow, frantically waving my arms and pointing! The surfer got my message and moved away.

Fortunately there was someone on the beach with a smart phone. I had her Google Marine Mammal Rescue and then call them. They were in Monterey and immediately responded.  We kept in touch via the cellular phone until they passed through Moss Landing to make sure they knew where to park and where to find the distressed animal.

I waited for the rescuers.  They arrived in less than an hour.

The sea lion pup was alert, so as soon it saw a human it retreated back into the outflow and tried to swim back out to sea only to be pushed back by the strong tidal action, onto the rip rap boulders near 23rd Ave. So everybody retreated back out of sight. High waves continued to prevent the pup's return to the ocean. It recrossed the outflow to the main beach. At this point one of the rescuers intercepted a dog owner who co-operated and took his dog away. Then the rescuers got to work and successfully captured the pup.  They know what to do and they do it well!

After the rescue, I had left the beach and was at 24th when I noticed that the Marine Mammal Rescue truck had pulled up near 23rd, so I bicycled back down to the truck. One of them was out on the beach looking for me. They were looking for me so that I could name the pup!  I named it Corcoran.

Corcoran's progress can be followed at  http://www.marinemammalcenter.org/patients/current-patients-page/ 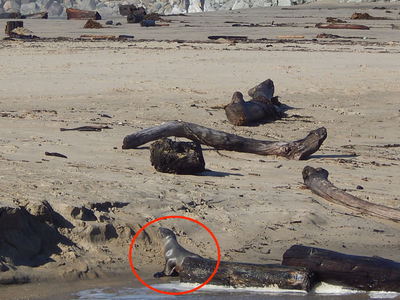 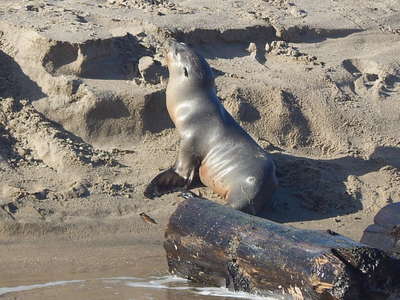 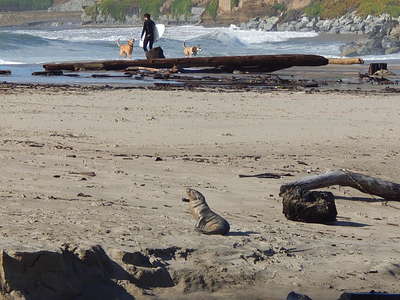 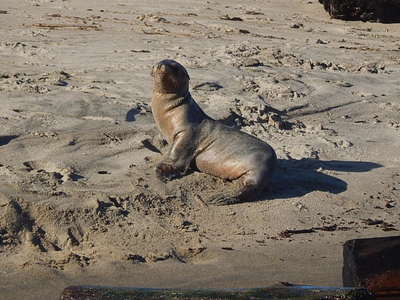 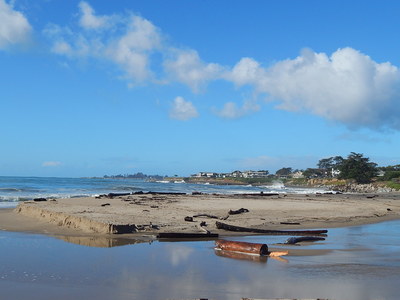 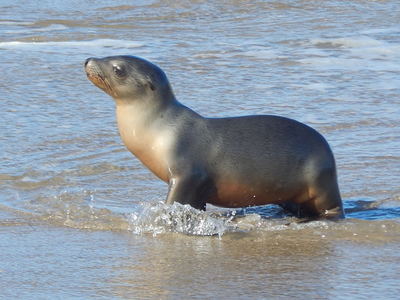 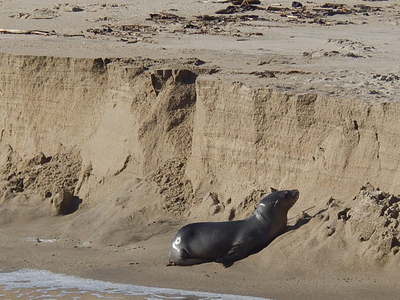 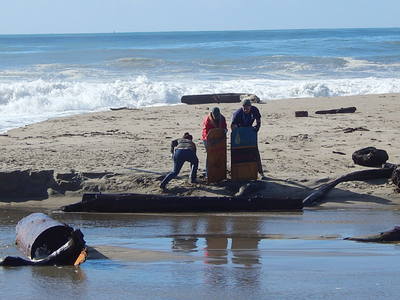 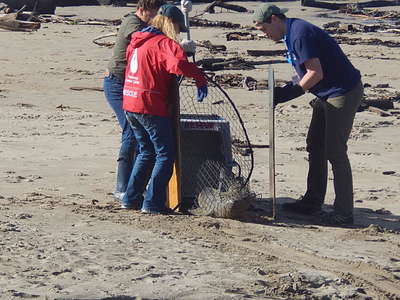 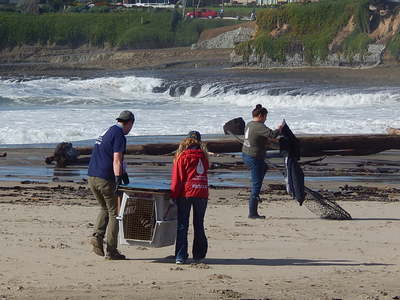 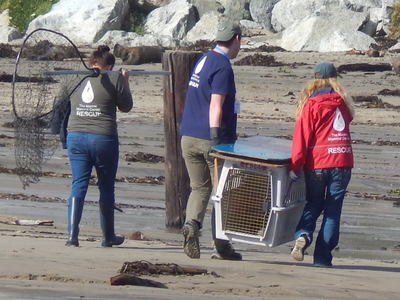 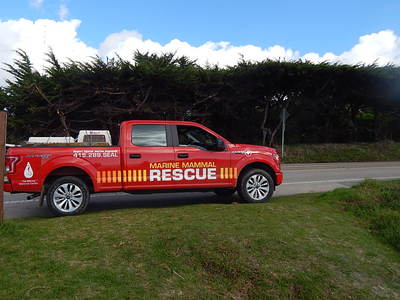 It's the time of year when seal pups are out on the beaches of California and they need their space. Please don't approach seals on the beach. Instead call our 24-hour Hotline at (415) 289-SEAL if you see a seal in distress.

Today I saw these guys walking up the road. I escorted them down the road directing traffic away from them. The first picture was taken as they crossed the intersection of 24th and 26th. The mother tried alternate routes through peoples front yards. The ducklings could find holes through the fences but the mother couldn't, so I spent most of my time handing the ducklings over the fence to the mother. 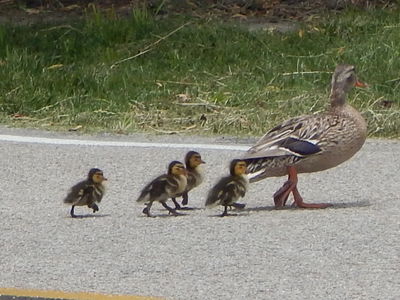 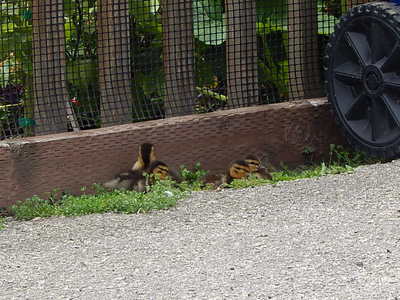 At one point I asked a young couple passing by to help me. In the mean time, Native Animal Rescue was called. They said the most important thing was to keep the family together.

Eventually mother and ducklings turned off at Hampstead and ten down the side of someone's house. Once again the ducklings got through a fence but the mother couldn't. I knocked on the front door of the house and enlisted the owner's help. He opened the side gate and told me that from there it was an easy walk to the lagoon.

Poor little guy at the back was so tired he/she kept falling down. However, the last I saw of them the family was back together. 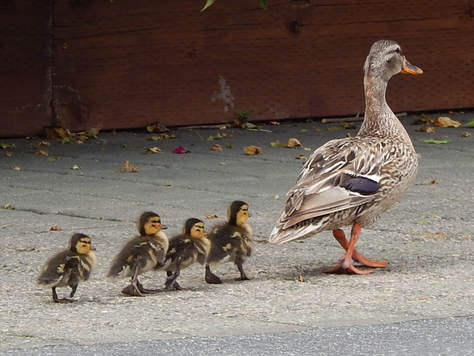