A very interesting day for two separate killdeer families!  The second Killdeer family (with 4 chicks), discovered on May 12th, moved over the road to the outflow beach today, because the level of the lagoon had risen and the island that the one day old chicks were on yesterday is now underwater.

The new family moved into an area near the bridge. They were not welcomed by the killdeer that were already on the beach.  A territorial battle ensued consisting of numerous one second skirmishes.  The dispute lasted at least 2 hours.  There are now seven Killdeer chicks on the beach, foraging for meals, with four adults watching over them. 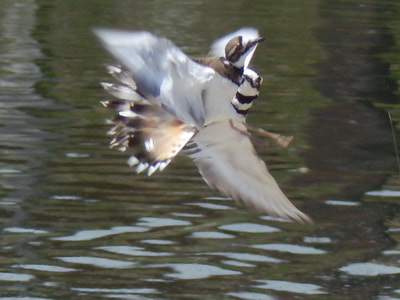 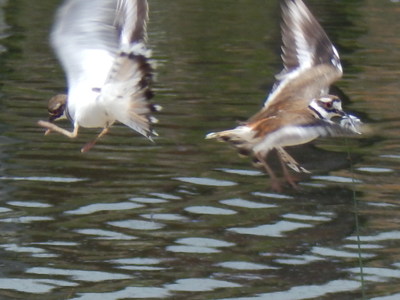 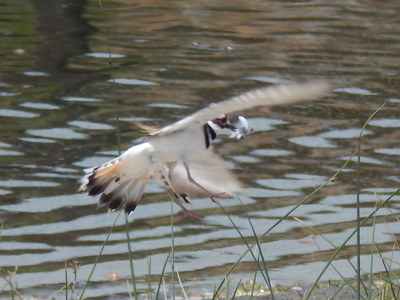 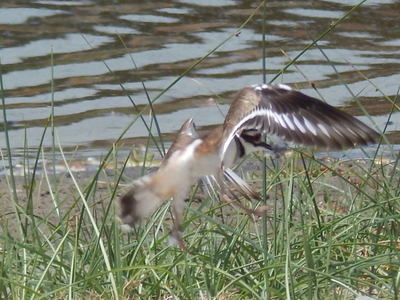 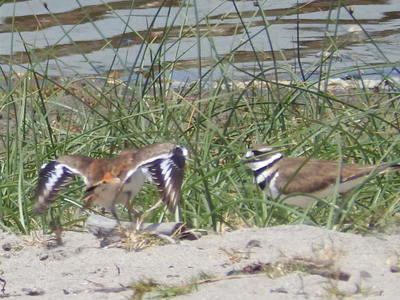 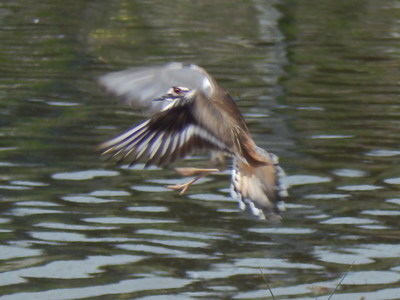 Killdeer chicks are now 5 days old and thriving on Corcoran Lagoon Beach. The chick in the picture with an adult froze in response to the adult's signal.

Another Killdeer family with 4 newly fledged young was seen today in the inner lagoon. 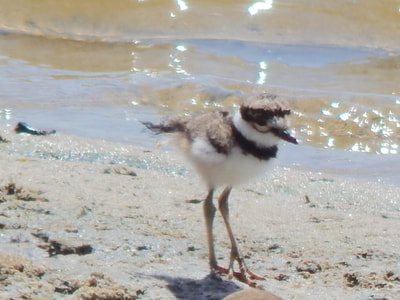 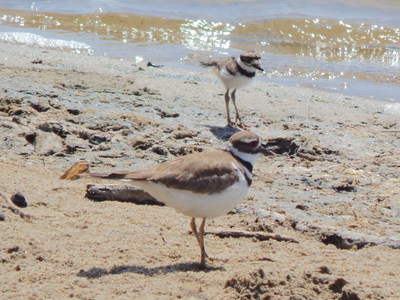 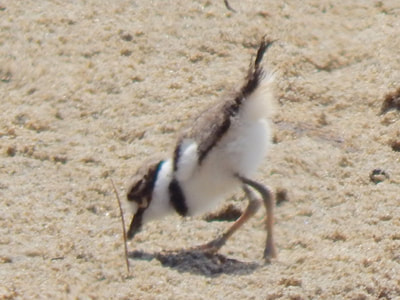 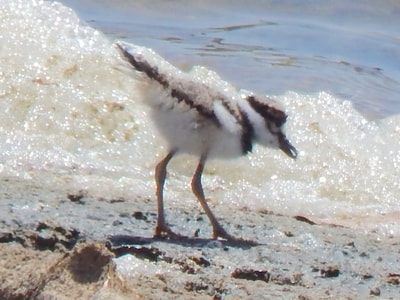 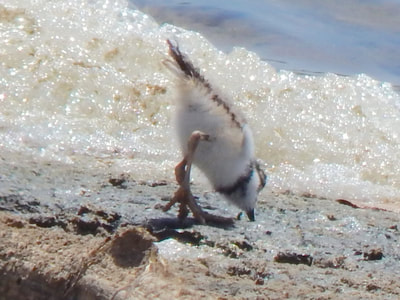 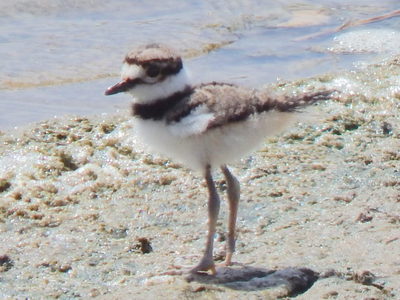 Today no killdeer were in the area of the nest or anywhere in sight.  I carefully visited the nest and discovered it empty.  Since there was no good location for chicks to run and feed in the inner lagoon, I figured if they had successfully hatched they might have crossed the road to the beach side of E. Cliff Drive.

I spotted a chick, but only one.  I went home to get my camera and returned to the beach, but I couldn't find any chicks.  The two adults were keeping an eye on me.  So I sat on a log and waited.  The killdeer quieted down.  After a while three chicks appeared and went about their business foraging along the lagoon outflow, as if I wasn't there. 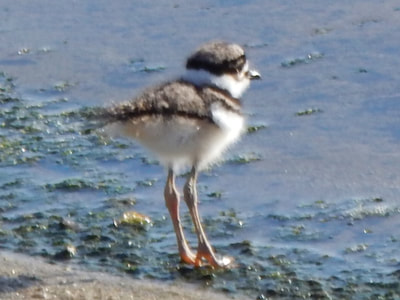 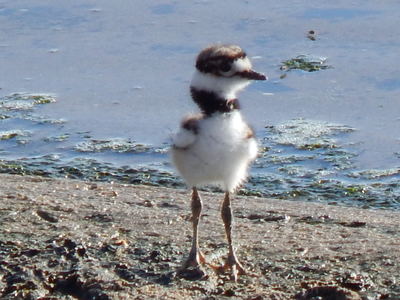 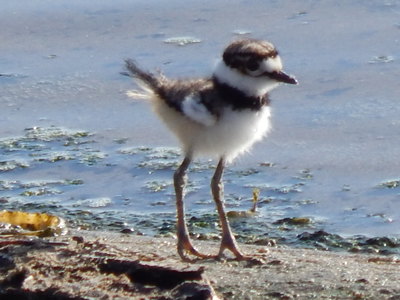 When the killdeer have a nest on the outflow side of East Cliff, some times they stay there after the chicks are hatched and some times they take them across the road to the the inner lagoon where it is safer.  The latest family did the opposite.  Hatched in the inner lagoon and migrated to the outflow beach. This new family can read.  Also smart enough to have nest near post so that predators can't swoop on them.

The nest (3 eggs) is visible in the bottom right corner.  Can you see it?! 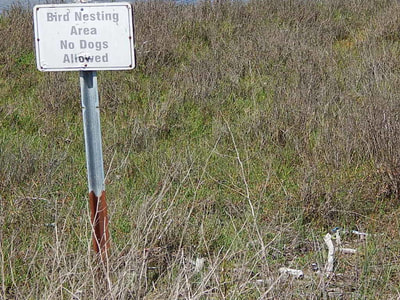 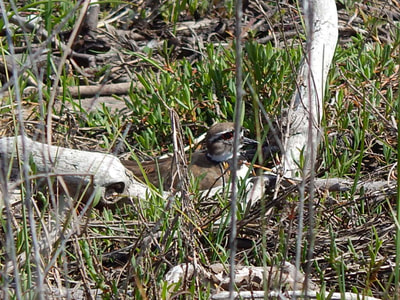 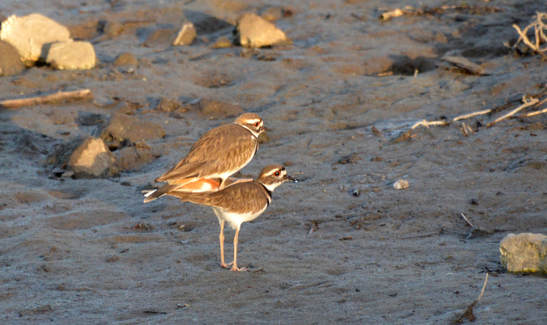